Don Papa Rum, the premium single island rum from the Philippines, has unveiled its latest global lifestyle cocktail campaign under the ‘Seasons of Sugarlandia’ entitled ‘An Endless Sugarlandia Summer’. This campaign aims to depict that joyous feeling of bare and dancing feet, moving to the pulsing beats of a dj’s tracks, against a distant backdrop of city lights and four new delicious Don Papa cocktails, created by Ben Rojo, the brand’s NYC-based US Brand Ambassador. Sugarlandia is the island home of Don Papa, a timeless place where nature is still the dominant life force and where summer seems to have no end as the sun always shines even after the rain. 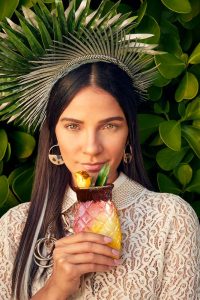 To revel in the welcome heat and humid breezes of Summer and nights spent with kindred spirits, we move our shoot location from Beverly Hills last spring to the heat of Miami for Summer. Don Papa inspires with magical, gleaming scenes of jewelled mask-adorned friends exploring the tropical grounds of The Standard Hotel in Miami, against the city’s sparkling skyline. Located on Belle Isle, steps away from the pulsing South Beach, The Standard, Miami Beach is its own private paradise set amidst peaceful tropical gardens and the Biscayne Bay. This is the type of place where friends reunite and dance from dusk to dawn; where cocktails are sipped, bathed in the mesmerizing rays of neons and whirling lights. Where legendary nights and memories are made, before the quiet of a morning’s golden glow.

Where four new gem-toned Don Papa cocktails are sipped: Manila Vice – a frozen ode to the iconic show and a fruitful, Thai basil-imbued concoction; Golden Hour – a sorbet sweet smooth drink inspired by Don Papa’s collaboration with boozy ice-cream maker Aubi & Ramsa; Hearts on Fire – a smokey cocktail as fiery as it is volcanic; and Neon Night – a blue toned elixir to capture the intoxicating words of writer Anca Bautista in her poem ‘An Endless Sugarlandia Summer:’

Towards the red hibiscus, towards the pulsing beat

Rush warm and wild the joyous whirl of bare and dancing feet.

For here is the great green gathering, here the neon night

That sweeps the world into a breath of sweat and smoke and light.

The gleam of endless moonlight. The air charged slick and dry,

The secret jungle rising to hide the city sky.

The thrall of magic deepens, in decadence, and shade.

Gem-toned cocktails glitter, and kindred toasts are made.

And as pale dawn’s hours whisper, the bass goes soft and low

Naught is left but quiet here, and summer’s golden glow.

The ‘Endless Sugarlandia Summer’ series of pictures, shot by acclaimed NYC based photographer Joe Toto, will be unveiled on Don Papa’s Facebook and Instagram this July. 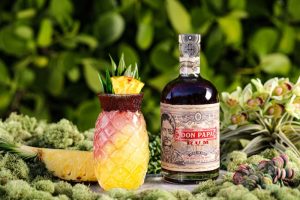 In one blender, combine Don Papa, pineapple, coconut milk, and coco-muscovado syrup with ice and blend until frothy. In another blender, combine Don Papa 7yo, strawberries, coco-muscovado syrup, and 8 leaves of Thai basil with ice and blend until frothy. Pour the pineapple mixture into a glass rimmed with freeze-dried coffee, then pour the strawberry mixture over in a distinct layer using the back of a spoon.  Garnish with a fan of pineapple leaves and a wedge of fresh pineapple. 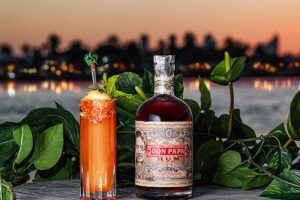 Combine Don Papa, mango nectar, and bitters in a shaker with ice and shake vigorously to incorporate.  Strain over ice into a highball glass rimmed with chili powder and sea salt.  Add ginger beer, then top with a scoop of mango sorbet.  Garnish with toasted black sesame and a bouquet of fresh mint. 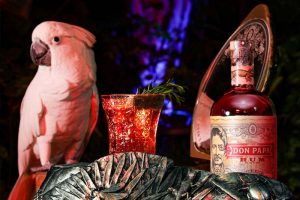 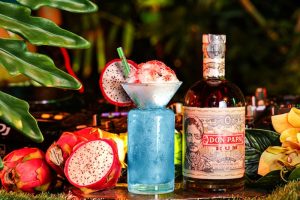 Combine Don Papa, almond orgeat, yuzu juice*, and blue curaçao in a shaker without ice and shake vigorously to incorporate.  Pour into a glass filled with pebble ice, adding more to create a crown over the glass.  Garnish with a wheel of fresh dragonfruit and sprinkle with crushed, freeze-dried raspberry. *Can be replaced with three parts lemon and one part mandarin juice.

Available in over 30 countries worldwide, Don Papa Rum is the first premium single island rum from the Philippines, now ranked the third largest rum market in the world next to India and USA.

Distilled and aged for over seven years in American oak barrels on the island of Negros Occidental (known locally as Sugarlandia), the pure, original Negros sugar cane is the foundation for Don Papa Rum’s long, rich-textured finish and flavours of vanilla, honey, and candied fruits. 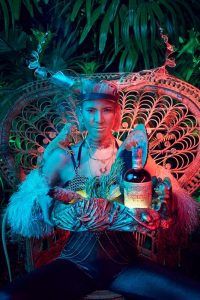 The namesake of Don Papa Rum is inspired by the unsung hero and mystic, Papa Isio, who was one of the leading figures of the late 19th century Philippine revolution. Initially a foreman at a sugar plantation, his leadership and courage played a critical part in liberating the island of Negros from Spanish rule. Don Papa is inspired by his legend and captures his spirit and sense of magic in every bottle. Visit www.donpaparum.com and their social media pages, @donpaparum.